In Conversation with Joel Barker

Boutique, ambitious and relaxed - that's how Joel Barker, landscape architect and director of Seedesign Studio, describes the Fremantle based practice.

Sasha Spasic: Seedesign Studio was established in 2015 or about seven years after having worked as a landscape architect. Was the decision to form Seedesign Studio a natural progression of your career or more of a sudden realisation?

Joel Barker: Both, actually. I've always had a long-term vision for it. I'd been working as a graduate for a couple of years before heading to Sydney for work, then to London and eventually back to Perth where I worked for four years.

Eventually, I came to a crossroads in terms of the type of work that I was contributing to and also the general way in which we go about our day-to-day not only as professionals but as individuals. Our contractual obligations and what that includes and excludes and the impact that can have on our personal life. I was burning out a bit and thought there must be a better way [of doing it].

At the same time, I was sharing an office with a mate in the city and he nominated me for a couple of projects as a sole trader which fast-tracked the whole process. Retrospectively, I didn't know what the hell I was doing but I felt that if I didn't make a change I'd probably be out of the industry. I thought there must be a better way of influencing and changing the narrative on what our day to day look like as landscape architects.

SS: In saying that, were there certain principles you wanted to instil with Seedesign Studio that had stemmed from your own experience as a landscape architect?

JB: Yeah, particularly from my experience in London where I worked at a small boutique practice (J & L Gibbons) that contributed to some amazing large scale projects and also smaller grassroots community-based projects. The way they approached their work where they were able to take on these fantastic, high-profile 'shiny' projects and at the same time be embedded within the community was inspiring to me.

The studio was situated in a four-storey terrace house with one really long desk and everybody sat at the same table. You had the whole team contributing on projects together but also as best friends outside of that, as in going to the football together every weekend. There was a real collective community spirit about [the studio] that I really admired.

I thought that was something I could try and replicate with Seedesign Studio. There's always been that ambition to have a team of six or seven people that can contribute meaningfully to work. Mainly because I don't want to get away from what I'm passionate about and end up becoming a 'people manager'. I'd rather focus on winning good work for a core group of people where we can all benefit and have that responsibility.

SS: Let’s talk about the Karrinyup Shopping Centre Redevelopment - this is Seedesign Studio's biggest project to date - what are the design qualities you were looking to embed within the project? You mention the Australian suburban backyard as an inspiration for the design.

JB: Right. There were four different pillars the client wanted to draw influence from and we combined the influence of the suburb and the coast to create this idea of the beach shack - similar to the suburban house on the ocean. From there, we took all these different elements you might find in your back or front yard. The white picket fence, the lawn, the garden hose or the trampoline, for example.

SS: Would you say that the playfulness of these elements is reminiscent of childhood?

JB: Exactly. It's very strongly driven by nostalgia but once it's extrapolated into the landscape it's hard to identify those elements as being the design drivers. With the water feature in the West Deck, we actually got a garden hose and coiled it down, took a photo and did various studies to see what would happen and how it would coil.

[The project] was ideas-driven and that was really rewarding for us. What we did that best responded to the brief was the key move of using landscape as a mechanism to drive people to the tenancies there. You're engaging with the water feature in the alfresco setting but then it creates a semi-private space by elevating onto the central lawn and creating an internal space for people. It's private and public at the same time and has a really strong ephemeral quality whilst you're moving and nesting in the site.

SS: Being a larger-scale project with many different consultants involved, what were some of the key challenges in undertaking a project of this nature?

JB: I think it was more about convincing the client that we could deliver on what we had shown. There was a bit of a process to go through but at the same time, it gave us an opportunity to expand the team. It's always about what the opportunity is and not what we can and can't do. The construction side of things was relatively straightforward. It was a big and complex project but we had a good contractor and great builder in Multiplex.

Also, it was about being diligent with our process and getting to the endpoint. The complexity evolved once you get into the requirements for food and beverage and how much space is needed for pedestrian circulation and those sorts of things. It was about reestablishing very slightly what the parameters were with the design to make it fit. But I think essentially it came down to having good contractors and a good builder that helped facilitate good design outcomes from us.

SS: Looking back at your career, what would you say have been the most important lessons you've learned as a landscape architect?

JB: Good question. Probably some of the less than great experiences I've had have led me to want to make an active change within the industry and have been cues to let me know when it's time to do something different. It's good to look at past experience as a learning rather than a regret.

We should remember that we have long careers and in today's environment we shift around a lot as opposed to staying in one job forever. It's a different time now and I think that being more transient with your career is a completely acceptable and enriching thing to do. It allows you to contribute and prepare for the next thing you'll undertake.

SS: Finally, do you have any sage advice for the up and coming landscape architects out there?

JB: Probably something I did rather than tell myself is don't be afraid to experiment or push boundaries. Particularly when coming out of uni which is 'boundariless' to then having every single constraint thrown at you in terms of codes, regulations, costs and program. You still have to try and have fun with it and push boundaries and then reconcile and make it all fit.

Also, never compromise on your own happiness. This is something I haven't done and it's led me to a point where I was able to facilitate Seedesign Studio in the same way and enable other people, our employees, not to compromise either. I want to ensure the people working at Seedesign Studio feel like they're contributing to something important and making a meaningful contribution to the industry and our projects.

To learn more about Seedesign Studio and projects, follow the link below: https://www.seedesignstudio.com.au/ 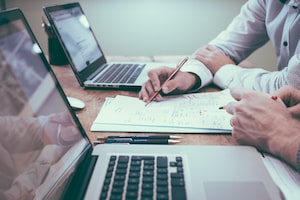 
Should your architecture practice be employee owned? 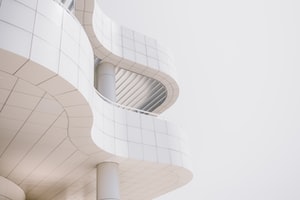