After studying in the UK and working at Fosters and Partners, Daniel arrived in Perth in 2005 where he became interested in With_Architecture Studio, formerly Donaldson and Warn which was established by Dick Donaldson and Geoff Warn in 1985. A “strong identity, discourse and a tradition of material practice” and “not being overly big or too small”, attracted Daniel to join the studio. In 2016 the former partners went different ways and the practice rebranded as With_Architecture Studio.

“There was an intent from Geoff to remove names from the practice in an attempt to make it a vehicle that goes beyond and would survive personalities,” Daniel says. “With_ is a proposition that you can plug into many things. It was always of the thought that architectural practice is a cultural vehicle and by using With_ as an umbrella we leave our selves open to developing the same principles but perhaps in other disciplines – such as graphic design or art.”

Being one of the first architectural practices in Perth to host an art gallery, With_Architecture was also the first architectural practice in Australia to achieve carbon neutral accreditation. “With COP26 happening there is desperate calls for leadership in this field,” says Daniel, “as actors in the built environment it is our responsibility. It is understanding how we can make a difference and make improvements.” The studio not only translates carbon neutrality into its daily operations but also through the design process and outcomes of their projects as well.

For Daniel, always having time for his clients, consultants, builders, colleagues and staff is paramount. He believes that the role of an architect has shifted away from the individual and is now about the collective and collaborative enterprise. “I know everyone who works here intimately and have put a lot of time and energy in building personal relationships,” he says, emphasizing the importance in developing these relationships as, ultimately, architecture is about the team. In terms of design, Daniel approaches it with a humble perspective, saying that “a project doesn’t need to be big to be interesting.” What creates an interesting and exciting project is when it can carry strong ideas and principles clearly and simplistically throughout all phases of a project. He explains that design thinking continues from concept to construction. “We see a project as a continuum.”

With no shortage of meaningful projects, Daniel is specifically proud of a range of works spanning multiple scales and contexts, which include Byford Secondary College, The Valley of the Giants Treetop Walk, Curtin Hayman Theatre, modest additions to Kiara College, and the ephemeral installation for the 2019 Fremantle Biennale. He reflects upon these works as having strength in their conceptual approach, materials and execution.

When it comes to trends, Daniel is most excited to see aspects of the 70’s coming back, “a shift back into design thinking that originated from that era. Structuralist thinking. Dissecting problems, creating systems and carrying visions through.” As well as this, Daniel is excited to see that brick is coming back into fashion. “brick is back, but with a twist!” 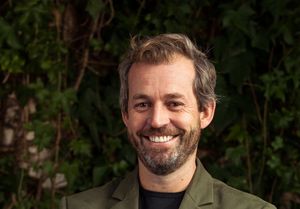