Words by Reinette Roux. Photography by Bo Wong.
This story was originally published in The Architect magazine, an official publication of the Australian Institute of Architects.

When the team at Philip Stejskal Architecture commenced work on Orient Street Residence in South Fremantle they might just have easily been mistaken for archaeologists, as their work took on a similar process to that of an archaeological dig.

On first inspection of the site, the design team uncovered that the existing 1924 cottage was in fact one of the original workers cottages built for people working at Fremantle Port. It was through further excavation that the team realised an old stable built in 1896 preceded this cottage – and so began the archaeological architecture that informed the foundation and program for the residence, its history forming the central storyline and narrative that would drive the design process.

In the same way shade cloth is erected to protect artefacts on a dig from the harsh sun, a timber structure was built to protect the original cottage during the renovation and informed the program and design of the ground floor of the residence. This structure creates separation and tension between the existing stable walls, without interacting or engaging with them directly. The same timber structure makes up the first-floor footprint, separating the living areas from the bedrooms. This, in conjunction with the client’s desire to use natural, raw materials that would weather gracefully and without intervention, makes for a space that is both warm in its welcome, yet contemporary and clean in its reinterpretation of the buildings that came before it.

A driving force behind the design, and something that became increasingly significant for the team at Philip Stejskal Architecture, was the separation of spaces without boxing them in. This was curated through the introduction of grey brick blade walls used to bookend different spaces and uses, tied together by the overarching timber structure. Glass used between the timber and blade-wall structure resembles curiosity cabinets often found in museums, treasuring the artefacts that came about during the dig. Included in this list of artefacts is an old cottage stove, which can be seen through a glass panel adjacent to the newly built kitchen. This juxtaposition of old and new has resulted in a contemporary space with the patina of a bygone era.

Orient Street Residence illustrates perfectly how architecture can shape and inform the built environment while maintaining key moments held in the past. The sensitivity and respect with which the team at Philip Stejskal Architects addressed the site can be seen in every detail within the space and carries over in the atmosphere created within. The project conveys a sense of calm escapism from the outside world without losing connection to the sense of place created by the histories that came before. 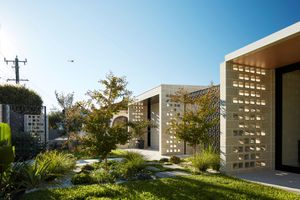 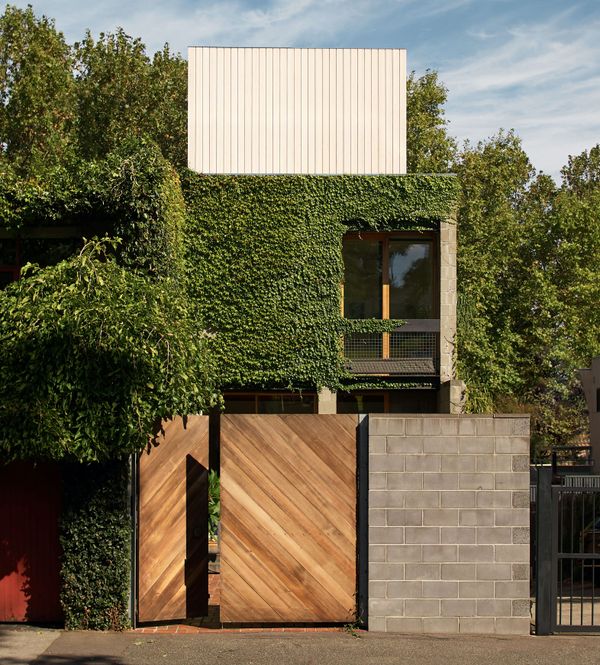 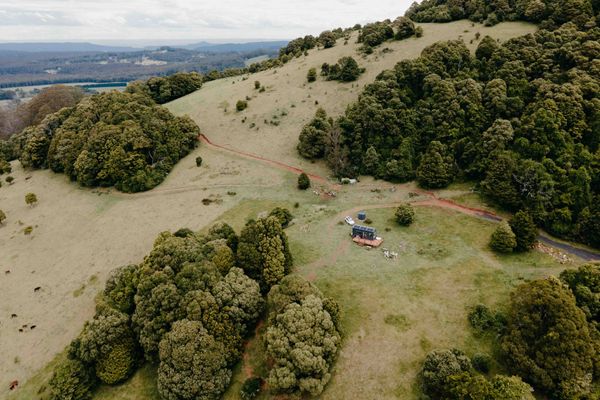