Australian Architecture showcases the high quality of architecture and design in Australia providing daily inspiration to the CO-architecture community. Check out the latest projects which were featured last week on the platform.

Australian Architecture showcases the high quality of architecture and design in Australia providing daily inspiration to the CO-architecture community. Check out the latest projects which were featured last week on the platform.

About the Project: An exciting new era in the cultural life of Australia begins this Saturday 3 December, as the Art Gallery of New South Wales’ new building opens.⁠
⁠
The new standalone building – designed by Pritzker Prize–winning architects Kazuyo Sejima and Ryue Nishizawa of SANAA – is the centrepiece of the expansion, the most significant cultural development to open in Sydney in nearly half a century. The completion of the project creates a new art museum campus comprising two buildings connected by a public art garden on Gadigal Country overlooking Sydney Harbour.⁠
⁠
Located in one of the world’s most beautiful cultural precincts, the SANAA-designed building, with Architectus as executive architects, has multiple sightlines to its parkland and harbour surroundings. It is the first public art museum in Australia to achieve a 6-star Green Star design rating.⁠
.⁠
Photographers: @iwanbaan , Jorg Baumann, Brett Boardman, Christopher Snee
Builder: @richardcrookesconstructions⁠
Landscape: @mcgregorcoxall
.⁠
Artworks:⁠
Here Comes Everybody 2022 - Francis Upritchard⁠
Suspended Stone Circle II - Ken Unsworth⁠
The End of Imagination 2022 - Adrian Villar Rojas⁠
Flowers That Bloom in the Cosmos 2022 - Yayoi Kusama⁠

From the Architect: Designed in collaboration with interior designers Arent&Pyke and building workshop Artechne, Gesticulating Wildly upholds the timelessness of the original Federation residence while reinterpreting it for today’s discourse. Vibrating with energy, it is more than a backdrop to family life – it’s a character in their story. ⁠
Located on Wangal country in Ashfield, the existing structure was restored while the addition plays with light, materiality, and texture as it finds contemporary relevance. Bold gestures work in harmony with fine details as the plan pivots around a significant paperbark at the junction of old and new. ⁠
Referencing the Federation palette, original elements sit alongside contemporary materials and detailed craftsmanship. Brick and slate create a robust form, with black steel detailing adding a modern edge. The roof pitch gives the effect of a singular storey, subservient to the Federation form, while inside, grand spaces work across multiple scales and priorities. ⁠
.⁠
www.carterwilliamson.com
@carterwilliamson_architects
#carterwilliamson⁠
.⁠
Photographer: @_pabloveiga⁠
Architecture: @carterwilliamson_architects
Interiors: @arentpykestudio⁠
Builder: @artechne_built
Landscape: @hugh.burnett

About the Interiors: The interplay between existing and new begins from the first glimpse on approach. The original front door has been reinstated, re-characterised with an oversized front step to amplify the arrival sequence. A semi-circular opening in the entry canopy imitates the arched window it surrounds, offering a shady place for a potted plant to reach tendrils up towards the sky. ⁠
⁠
Inside this threshold, the arrival space is full of light. Jolson’s double height void has been crafted to allow a moment of harmony between new and old where the spiral stair is a simple gesture to complement the original windows, held off the walls to create a meaningful interaction through its separation. A nuanced shift is felt between the natural light from the windows and that from new fittings pinned off the wall. These bold fittings mimic the play of natural light in this space, directed to bounce off the walls in such a way that the two qualities blend, indistinguishable from one another. ⁠
.⁠
www.jolson.com.au
@jolson_architecture
#jolsonarchitectureandinteriors⁠
.⁠
Photographer: @lucasallenphoto⁠
Builder: @a.romanin.and.sons⁠
Stylist: @gabriel_saunders

From the Architect: This renovation project was inspired by a reimagination of the humble ‘Caretaker’s’ cottage on the edge of Farmland in the Byron Bay hills. The narrative of the project and the design process were driven by a pursuit of ‘caretaking’ in a broader context and our collective responsibility to the environment, ourselves, and one another. The architecture, from a planning level through to detailing and material specification, was driven by a responsibility to create an ecologically conscious sanctuary for our clients. ⁠
The ‘Caretaker’s’ became a metaphor and the driving conceptual framework for every decision that was made throughout the design and construction of the project. From this ‘caretaking’ philosophy the decision was made that from a sustainability and economical perspective, renovation was the more responsible and appropriate direction. The client’s passion in ‘healthy home’ principles ultimately formed the core-values from which key design decisions were referenced against. Ultimately resulting in a home with a social and environmental conscious. ⁠
.⁠
www.aphorarchitecture.com⁠
@_aphora⁠
#aphorarchitecture⁠
.⁠
Photographer: @andymacpherson.studio⁠
Builder: @jmgbuild⁠
Landscape: @larc_la⁠
Structural: Morgans Conuslting⁠ 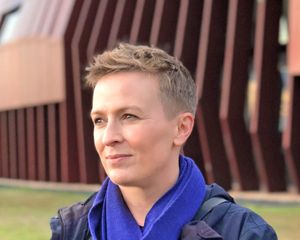